Share this school board profile with your neighbors, friends and families as well as other concerned parents.
Tweet 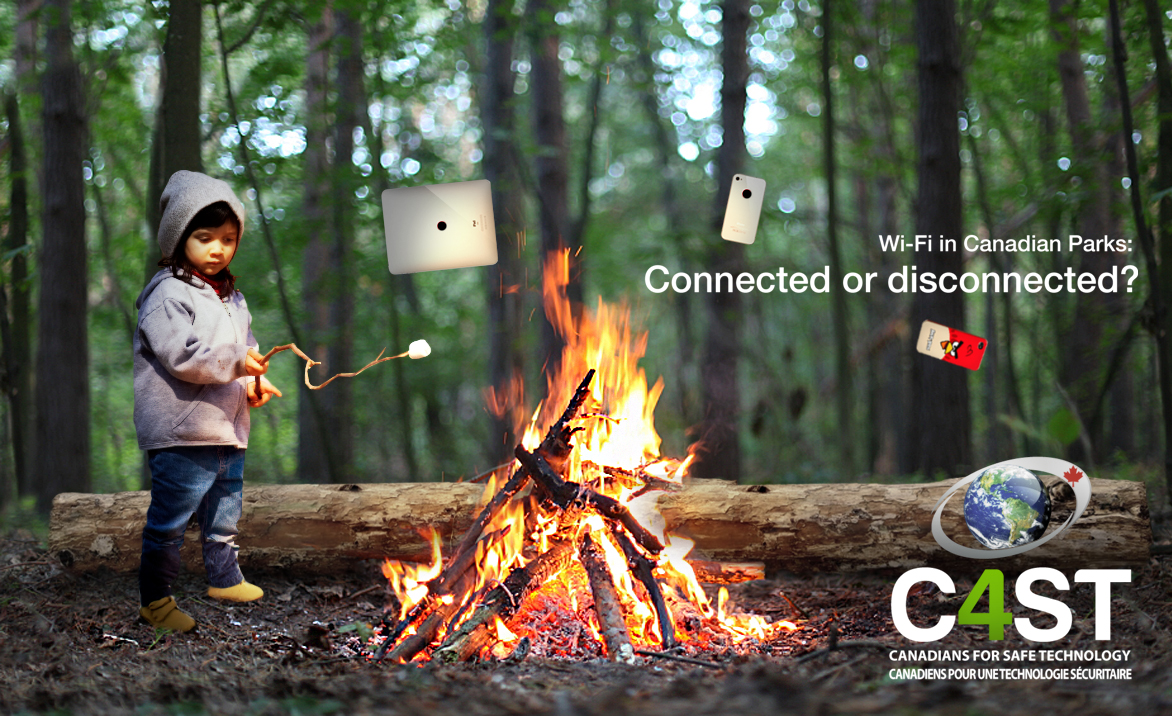 Parks Canada's proposal to make the National parks a vast network of hotspots was quickly denounced by people across Canada. Now they state that the proposed wireless hotspots in national parks would be restricted to visitor centers and campgrounds -- “not in the wilderness, and not in the back country,” says Andrew Campbell, Director of Visitor Experience with Parks Canada.

C4ST supports limiting exposure in our National Parks even further than that - we are asking for a designated posted “hot spot” contained to a limited area in the visitor centers only. We do not support Wi-Fi coverage/exposure outside of a strictly limited, designated area. We believe this would be in conflict with Parks Canada's own charter and the mandate that the people of Canada have given them to protect our parks. And contrary to what the people of Canada want in a wilderness experience.

Do you agree? Emails don't solve anything on their own. But emails and other communication can shift political will—in fact, little else ever does. If you’re wondering how to let Parks Canada know how the people of Canada value their National Parks experience, send in your comments on the right of this page.

On behalf of the people of Canada, we protect and present nationally significant examples of Canada's natural and cultural heritage, and foster public understanding, appreciation and enjoyment in ways that ensure the ecological and commemorative integrity of these places for present and future generations.

To protect, as a first priority, the natural and cultural heritage of our special places and ensure that they remain healthy and whole.

For those who must connect, provide a “Wi-Fi room” in Parks Canada Visitor Centers only.

What Canadians Are Saying About WiFi In Canadian Parks

Is Wi-Fi included in the IARC/WHO’s 2B classification of RF-EMF?

Yes. In May of 2011, the IARC (International Association for Research on Cancer) declared radio frequency radiation as a possible cause of cancer. Click HERE for official document. Since then Federal, provincial, and municipal health authorities in Canada have made the FALSE claim that the IARC declaration of RF as a possible human carcinogen refers ONLY to mobile phones. This is not and has never been the case. Wi-Fi and all RF-EMF emitting devices are included in this grouping.

In this video clip (click HERE) Dr. Jonathan M Samet, MD, University of Southern California, Chairman of the Working Group, states at the 3.12 minute mark “the designation of class 2B RF-EMFs is unspecified as to source, class 2B has broad applicability to sources that emit RF-EMFs".

In 1999 Toronto Public Health recommended an additional (100-fold) level of protection to Safety Code 6 due to the absence of proof of either safety or harm arising from RF exposures. See HERE. Health Canada did nothing.

We know from other carcinogens, that if studies on adults show strong relationships for malignant cancer in adults, the results for children will be far worse as their cells are dividing much faster. As each cell divides, cell errors triggered by RF radiation have more profound lifetime implications.

Toronto's Medical Officer Of Health Dr. McKeown is on record as campaigning for smoking to be removed from public parks, as have been carcinogenic pesticides. It is in the public's best interest that yet another carcinogen is not allowed in Toronto public spaces.

Nathalie Pratte
Chair of the Board, Nature Conservancy of Canada (NCC)
Email: nature@natureconservancy.ca

Email Parks Canada to submit your concerns and to support our request to limit Wi-Fi hotspots to one room in visitor centres ONLY.