Petition to the Government of Canada

The Standing Committee of Health (2010) report (click here to view) obtained recommended that:

Health Canada ensure that it has a process in place to receive and respond to reports of adverse reactions to electromagnetic radiation emitting devices.

In this document (click here to view) obtained by C4ST under the Access to Information Act, the memo from Health Canada to the Minister of Health states:

“HC does not support the recommendation to establish an adverse reaction reporting process specifically for RF exposures.”

Help us encourage Health Minister Ambrose to follow the Parliamentary Committee recommendations by gathering signatures on the below petition to be presented in the House of Commons.

Petition to the Government of Canada

We, the undersigned Citizens of Canada draw to the attention of the House the following:

WHEREAS, the American Academy of Environmental Medicine has estimated that 3% of the population will experience immediate adverse reactions from exposure to wireless radiation and a further 30% will have delayed reactions;

WHEREAS, the government has not yet acted on the recommendation in the 2010 report by the House of Commons Standing Committee on Health to create a way for members of the public to report adverse reactions to wireless radiation;

THEREFORE, your petitioners call upon the Government of Canada to immediately create an official mechanism whereby Canadians are able to report adverse reactions they may be experiencing from exposure to wireless radiation. 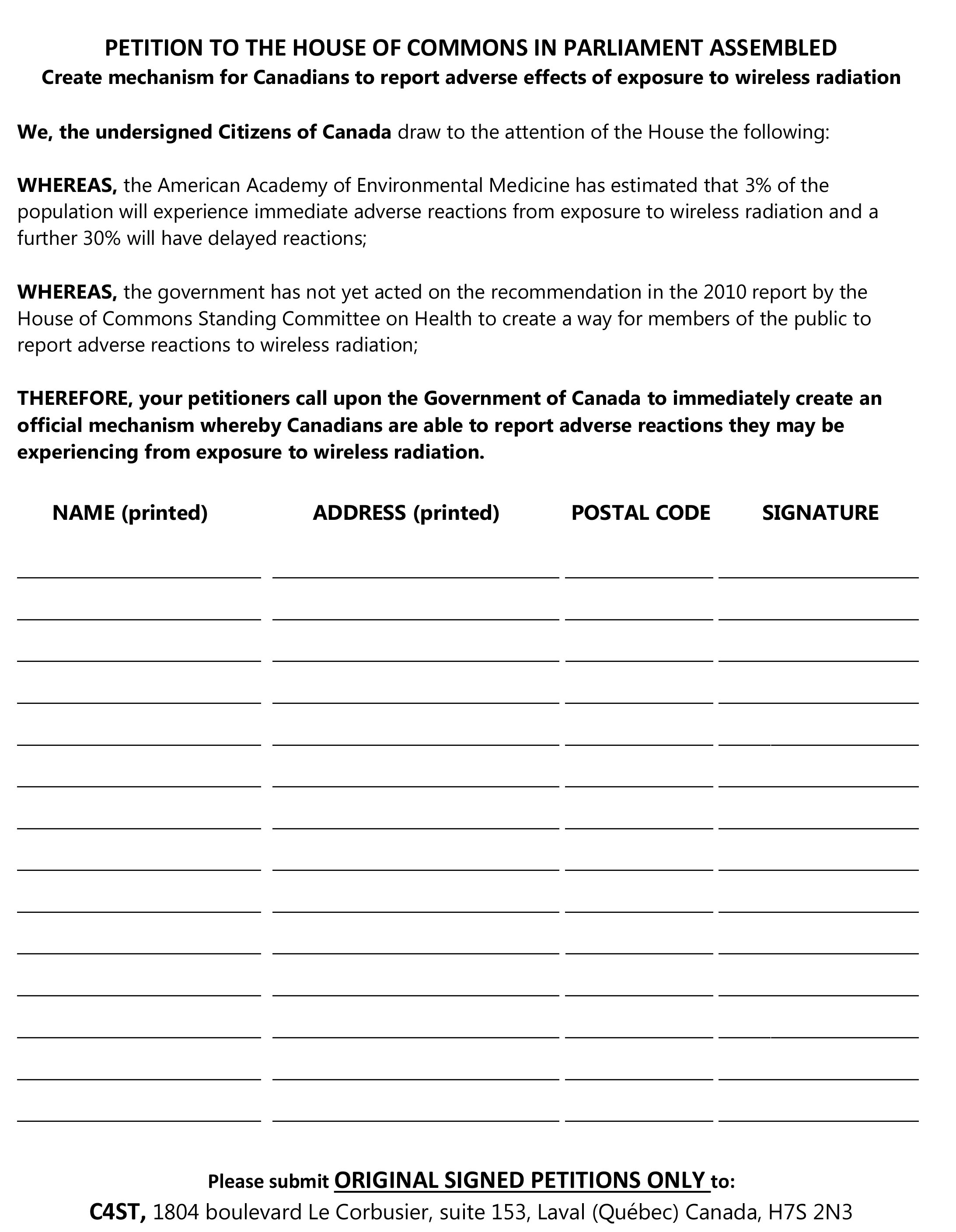 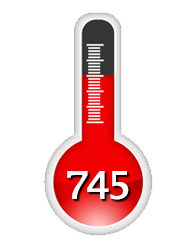 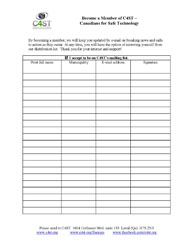 Become a Member of C4ST
(click here to print)

Download and print, then get signatures on our petition!

Please print the petition and C4ST member sign-up sheet above. Once you have gathered all the signatures you can mail the original copies to the address on the bottom of the form. C4ST 1804 boulevard Le Corbusier (suite 153) Laval, Québec H7S 2N3. Please write your riding on the envelope. We will be collecting the petitions from across Canada at this location.

In addition to asking colleagues, neighbours, family and friends to sign, consider other ideas:

We Thank the Following MP’s for Supporting Our Petition

IMPORTANT! For a Federal Petition to be Read in the House of Commons, Certain Conditions Apply

Paper based petition vs electronic petition

A number of people have asked about our decision to use a paper based petition in our campaign rather than an on-line petition. Currently on-line petitions are not admissible in Parliament; MPs are under no obligation to pay attention to them. However, MPs are legally required to pay attention to properly written paper petitions signed by voters, and are expected to present petitions in the House of Commons on behalf of constituents even if they do not personally support the petition. Paper-based petitions are particularly effective when the MPs know that voters in their own ridings are taking the time and effort to bring signed petitions forward.